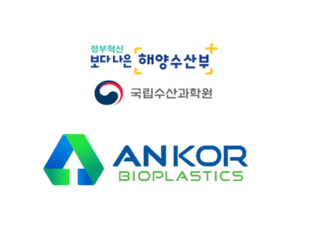 - Even if fishing net is lost, it is expected to have a significant effect on preventing ghost fishing -

* Ghost fishing : A common fishing net is made of nylon and other fibers that do not rot well after a long time, so if fishing net is lost during fishing,

by microorganisms after a certain amount of time in the ocean, which has advantages in reducing damage

NIFS succeeded in developing biodegradable fishing net made of PBS* raw materials in 2005 firstly in the world,

and has been distributing various fishing nets to site since 2007, starting with snow crab fishing net.

*PBS (polybutylene succinate): biodegradable netting material produced and used from the past

However, fishing net made from PBS was usually suitable for snow crab fishing, but it was less flexible

than nylon net, which caused some of fishing performance to fall short when used in other species,

and only about 90% of nylon net, often causing them to tear during fishing.

Due to these problems, biodegradable fishing net has been difficult to supply to fishing site despite

the advantages of protecting fishery resources and preventing marine pollution.

In order to improve these problems, NIFS developed new raw material (PBEAS*) early in this year along

as early as next year.

Distribution of biodegradable net, which had been sluggish, is expected to expand because problem

of strength and fishing performance of fishing net, which had hindered the supply, has been resolved.

through public-private cooperation is expected to increase the effect of protecting fisheries and marine ecosystem." 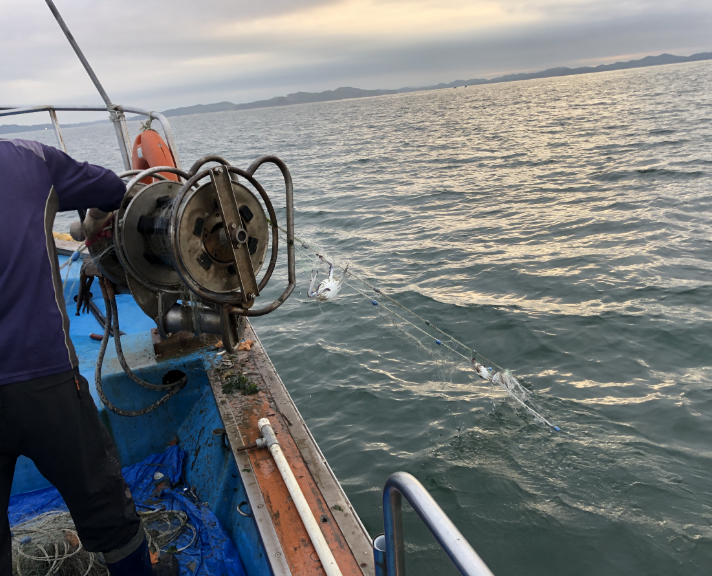 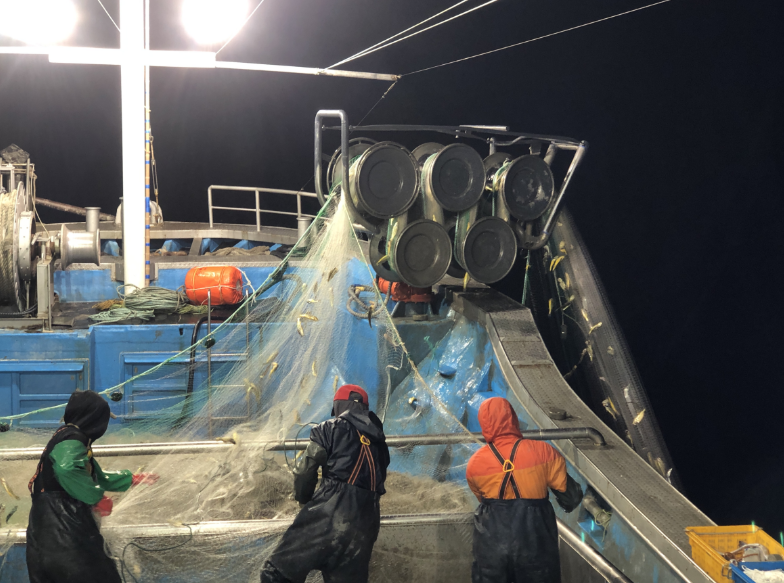 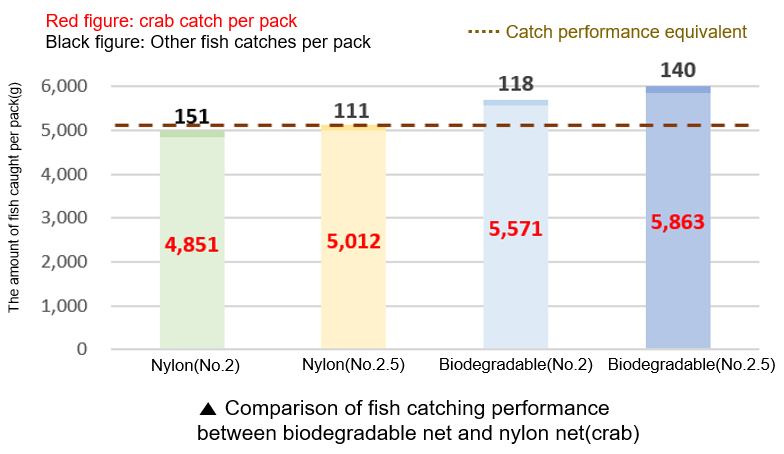 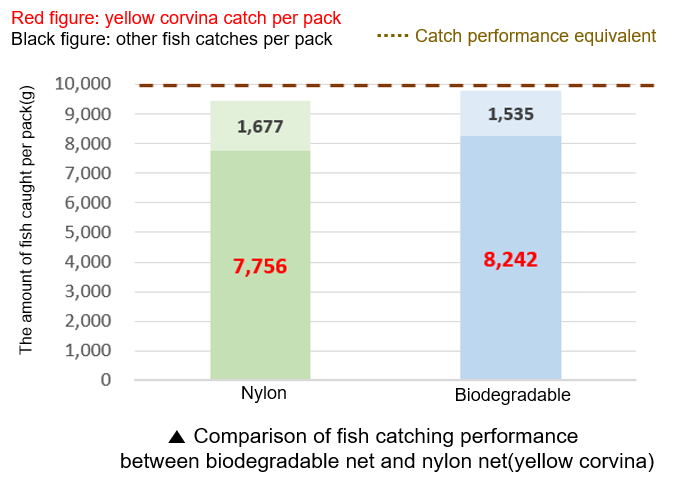